The top order batsman strained her left quadricep muscle during England women’s recent tour to New Zealand, and has not fully recovered in time for the tour, which departs on March 30.

Winfield will continue to undergo an intensive rehabilitation programme and it is expected that she will be fit in time for the start of the domestic cricket season. 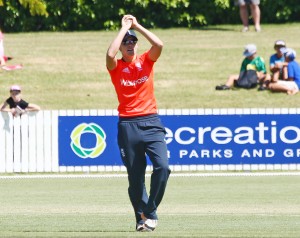 Surrey all-rounder Natalie Sciver will replace Winfield in the 14-player EWA squad, which will play four 50-over matches and two Twenty20s against their Australian equivalents at the ICC Cricket Academy in Dubai in April.