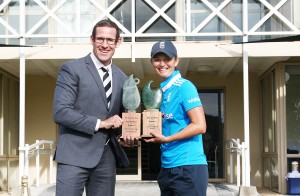 England have finished their four week tour of New Zealand in a positive fashion by defeating their hosts by 5 wickets in the final One Day International (ODI) between the two sides at the Bert Sutcliffe Oval today.

The result means that the team will return home tomorrow having recorded a 3-2 ODI series victory, alongside a 2-1 win in the Twenty20 International (T20I) series against the White Ferns. 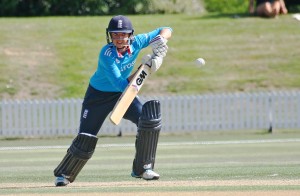 Reflecting on the tour, England women’s captain, Charlotte Edwards, said: “I’m really pleased with how strongly and quickly we got back into this tour after a slow start. The manner in which the results have swung between the two teams across the eight matches shows what an exciting and enthralling tour this has been to play in, and I am delighted that we have ultimately been able to finish positively, with series victories in both the ODIs and T20Is.”

“There have clearly been elements of inconsistency within our performances at times during this tour, but along with today’s run-chase, the way we played to secure the nine wicket win in the fourth ODI was superb, and it is that type of collective team effort that we need to take away and replicate on a regular basis.”

“We are now all looking forward to the start of the English domestic season in April and resuming training at the National Cricket Performance Centre (NCPC) in Loughborough, in preparation for our Women’s Ashes defence against Australia in the summer.”

England women will next be in action in July and August, when they play on home soil against Australia in the Women’s Ashes.  The multi-format series gets underway with the three Royal London ODI matches on July 21 (Taunton), 23 (Bristol) and 26 (Worcester), followed by the Kia Women’s Test match from August 11-14 in Canterbury, and finishing with the three NatWest T20Is between the two sides on August 26 (Chelmsford), 28 (Hove) and 31 (Cardiff).