England produced a spirited display in Canberra this morning to put Australia’s perfect 2014 record under serious threat. However, the Diamonds proved too strong for their visitors and eventually saw out a 54-47 victory to end the calendar year with a 100% win record.

It was a vastly improved performance from England in this second match as they challenged their illustrious opponents across the court but they may come to curse a slow start which ultimately proved the difference in the final score. Having impressed from the replacements bench in the opening game, Rachel Dunn and Ama Agebeze were rewarded with a place in the starting line-up at GA and GD respectively. Serena Guthrie and Sara Bayman switched positions in the mid-court in a tactical change. 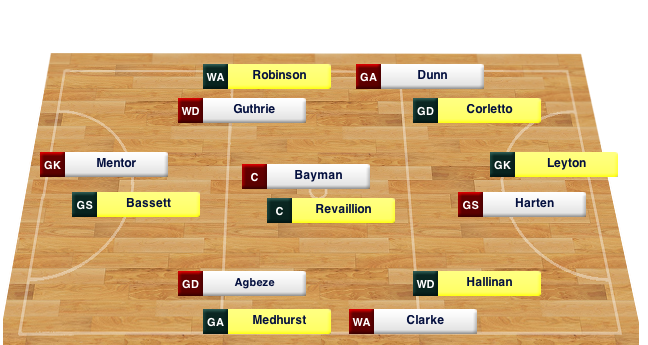 Australia Vs England Starting line up

The pace was strong from the opening whistle with the England defence applying stern pressure on the Diamonds attack but just unable to steal possession. A lucky bounce in the circle provided the World Champs a chance to take a lead and they duly delivered. A couple of stray passes in the final third were pounced upon by the Australian defence and with a couple of converted turnovers they were able to build a lead.

Sharni Layton was imposing herself in the Diamonds defence with Caitlin Bassett finding her range at the other end of the court. It was clinical from the hosts and they were 16-9 ahead at the end of the opening quarter. Looking to shake things up, Kadeen Corbin was introduced at WA for the second quarter with Jade Clarke moving into C. The Diamonds continue to move the ball smoothly through court, winning the mid-court battle and extending the advantage into double figures midway through the quarter.

England refused to lie down and their experienced players started to lead by example; Geva Mentor with a fantastic tip to produce a turnover, with Jo Harten netting. Having looked good in the opening match, Rachel Dunn continued to impress at GA and would end the half with a flawless shooting record. At the interval England trailed 31-23. 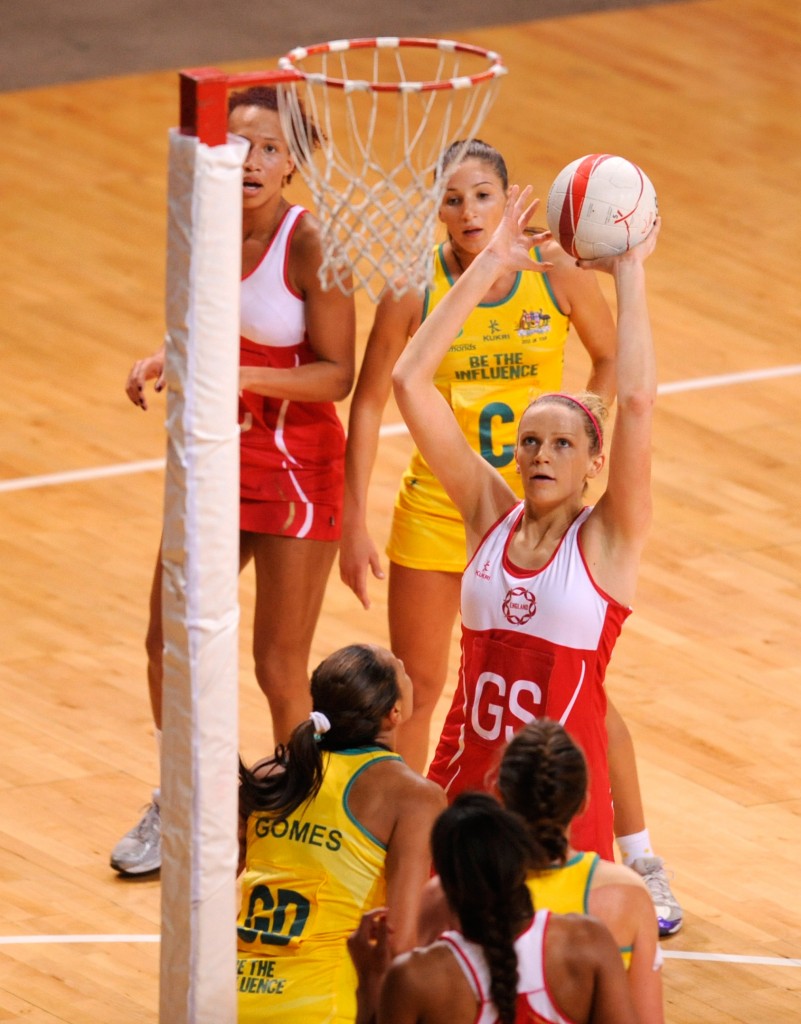 Eboni Beckford-Chambers was introduced at GD for the third quarter and her impact was immediate forcing a turnover to put the visitors on the front foot. The defensive work across court was superb and intercepts were increasing. However, once turnovers were converted, the ladies in red were struggling to build from their own centre-pass.

A foot injury forced Bassett from court and England wrestled the initiative. A steal allowed Dunn to reduce the deficit and this was swiftly followed by a Harten goal, after wonderful link play with Clarke. Another flying intercept from Guthrie moved England forward once more and suddenly the gap was down to three, 33-30. Australia had to halt the charge and halt it they did. Excellent pressure in the defensive end saw England give away possession and the Diamonds took the momentum. In the blink of an eye the gap was back to seven.

A strong end to the quarter was required and once again an experienced face took control of the game. A ferocious, flat feed from Harten required Dunn to be alert under the post to score. A converted turnover was followed by a late score from Harten to bring the score to 41-36, England winning the quarter by three and with their tails up heading into the final fifteen minutes.

With the visitors ready to pounce, Australia coach Lisa Alexander re-introduced Bassett to partner up with Natalie Medhurst. The combination worked well previously and got off to a strong start in the final quarter. The Diamonds were now on top and started to take the game away from England. Refusing to accept defeat, the visitors showed terrific passion as Beckford-Chambers continued to win ball and Clarke produced a sublime feed at full pace into Harten to score.

It was spirited to the end but ultimately the hosts were able to see out the victory and clinch a 2-0 Series win. England will take plenty of positives from an encouraging display as they head over the Tasman Sea to challenge New Zealand in a two-match Series which starts next Tuesday.